With various magical innovations and various gadgets, many people these days tend to make a virtual theatre in their bedrooms and watch their favourite movies in that comfort zone. Technology also made it feasible for these people to watch movies online, which are the latest and some of the oldest movies with the development of OTT platforms.

Android Katappa is the Telugu version of the Malayalam language movie Android Kunjappan Version 5.25, released in 2019. It is a comedy-drama movie that has been written and directed by RateeshBalakrishnanPoduval, and this movie is his directorial debut. The movie was released under Moonshot Entertainments’ production house, with Santosh T. Kuruvilla being the main producer. The music director is Bijibal, and Sanu Varghese handles the cinematography.

Android Katappa is a comedy-drama in which SurajVenjaramoodu and SoubinShahir were playing the main characters. BhaskaraPoduval (Soubin) is the father of Subramanian (Shubin) and is a very stubborn older man. Subramanian is a mechanical engineer, but every job he gets, he has to quit because of his father’s insistence. So, at last, he decides to move to Russia after he manages to crack an interview with a Japanese robotics company. But, he is also worried at the same time about his father and decides that a robot named Android Katappa will take care of his father. The rest of the movie deals with different situations regarding the robot.

Bell Bottom is a 2019 Kannada Language film available in the Telugu dubbed version on some OTT platforms. It is a crime-comedy film which has been written by Dayanand T. K. and directed by Jayatheertha. The backdrop of the movie is 1980s and produced by Santosh Kumar K. C. under the banner of Golden Horse Cinema. The movie director is B. AjaneeshLoknath, and AravindKashyap has handled the cinematography. It is 130 minutes movie with supporting casts like Achyuth Kumar, Yogaraj Bhat and Pramod Shetty.

Diwakar (Rishab Shetty) is a constable by profession, but deep inside, he believes himself to be a reputed detective. But his father Anapa (Achyut Kumar) forced him into the constable job, and within a month of his joining, he solves a murder mystery. Then he gets to solve a Robbery mystery which brings out the detective side of him. The rest of the movie is about he handles different quirky deals and his love life with Kusuma (Haripriya) at the same time.

To watch such acclaimed comedy movies anytime and from anywhere, subscribe to one of the best OTT platforms like AHA. In AHA, you will be able to find these famous movies in Telugu dubbed version. You will also be able to watch any comedy movies online on your mobile phone or laptop or tablet, sitting in the favourite corner of your home. 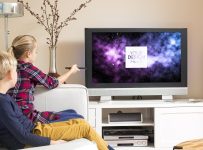 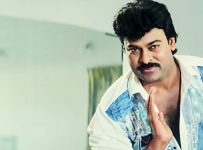