GharanaMogudu was the movie that strengthened Chiranjeevi’s image to sky-high.  Chiranjeevi and Nagma starrer GharanaMogudu was released in 1992 and became an industry hit.  Master of Commercial films, Director K. Raghavendra Rao directed the movie with all commercial elements.  Devivaraprasad, who has produced many hit films with Chiranjeevi again, produced this movie on his Devi Film Productions banner.   Let’s see the facts about the movie and the reasons why to watch the movie in aha ott. 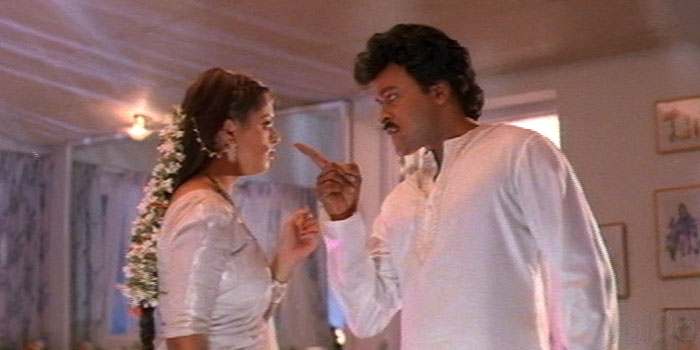 The story is Raju (Chiranjeevi), who works at the Visakhapatnam port, is praised by everyone for helping his fellow employees. He returned to Hyderabad after his mother (Shubha) was paralyzed and was looking for a job there.  Raju rescues Bapineedu (Rao Gopal Rao), an industrialist who is wounded in an enemy attack.  Appreciating his goodness, Bapinidu gives the king a letter of recommendation for a job in his company.  Raju did not like the arrogant personality of Umadevi (Nagma), the daughter of the Bapineedu, from the beginning.  Umadevi does not like the fact that Raju, who has earned a good reputation among the employees in the company, is leading them.  She made a plan to shut his mouth by marrying him.  But after marriage, Raju becomes an even bigger problem for Umadevi.  Then, what will happen between the ego classes of wife and husband?  How does the story and where it’s gone end? These are the elements until the climax of the movie.

The fact of the movie and Top reasons why to watch “GharanaMogudu” movie online:

GharanaMogudu was a remake of Kannada movie AnuragaAralithu, which came in 1986.

The movie was also shown in the International Film Festival of India during the 1993 year.

The movie recorded as the highest shareholder in 1992.

After Industry hit in Telugu, the movie dubbed into Malayalam as Hey Hero and got a big success in Malayalam too.

The movie was remade in Tamil as Mannan with Super Star RajiniKanth and Vijayashanti in lead roles, Kushbu played the role of Vani Vishvanath in GharanaMogudu.  The movie Mannan also became a terrific hit in Tamil.

The song “BangaruKodipetta” made with Disco Shanti and Chiranjeevi was one of the best hit Chiranjeevi dance songs, and it is remade with his son starrer in Magadheera movie, which song composed by same music director, i.e., none other than M.M. Keeravani.

The songs and background music in GharanaMogudu, one of the very big assets, to become the movie’s tremendous hit.  All the songs were popular and circulated in music circles for decades.

We know very well about Raghavendra Rao, who presents heroines more glamorous. Naturally, in this movie, also he repeated his magic by spreading the heroine’s glamour on screen.  The songs filmed in his mark beautifully.

Chiranjeevi’s dynamism, style, and mannerisms, dialogues are amazing.  The skills he showed in the movie resulted in his image doubling in a mass audience.

Finally:  No reasons to avoid this movie.  More reasons to watch the movie to have much entertainment with the entire family.  GharanaMogudu will give you such a wonderful experience with Chiranjeevi’s dance, mannerisms, songs, Nagma’s glamour, etc.  So, don’t miss it online.

There are many best Telugu movies to watch on the latest OTT platform.  Among all the OTT platforms, Aha OTT came up with exclusive Telugu movies HD quality.  So, go to Aha and watch lots of the best movies online. 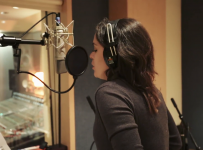